Dodge Charger from The Dukes of Hazzard

Together with the original Batmobile from the 1960s “Batman” TV series and the De Lorean DMC-12 from the Back to the Future movie trilogy, the 1969 Dodge Charger also known as the General Lee from the “The Dukes of Hazzard”, is one of the most iconic and memorable vecihles in the history of Hollywood.

And now, one of the original General Lees from the TV series is heading to the auction block at Barret Jackson’s Scottsdale event in Arizona that kicks off on January 14.
Mind you, we’re not talking about any General Lee but the very first car to appear on the first episode of the series performing its famous jump over a Hazzard County police cruiser.
Understandably, over the series’ seven year run from 1979 to 1985, the producers used a lot of cars – some say more 300. So while it’s one of the many General Lee cars used in the series, being the first makes its extremely special and it’s bound to draw the attention of collectors from all over the world.
Barret Jackson tells us the only cast member to ever drive the first car, which is fondly named “Lee 1”, was John Schneider, who played Bo Duke in The Dukes of Hazzard.
After the series came to an end, the 1969 Dodge Charger was dumped in a junkyard somewhere in Metro Atlanta where it stayed for 23 years before it was rescued and professionally restored to its former condition over a 16 month period.
Barret Jackson says that there will be no reserve price for the Lee 1.
Photo Credits: Barret Jackson , Via Insideline 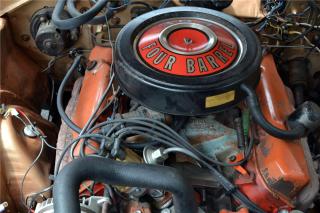 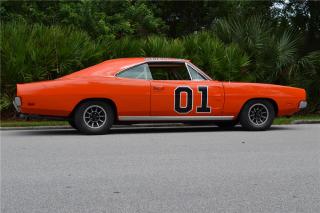