Developed by Toyota and its motorsports partner Gazoo Racing, the prototype made its debut at this year’s 24-hour endurance race at the Nürburgring in Germany.

The GRMN SPORTS HYBRID Concept II is a development of last year’s racing prototype that was based on production MR-2. The second iteration of Toyota’s hybrid sports car features a brand new body while also improving upon the first concept on the powertrain front.
Placed behind the two seats is a 3.5-liter V6 gasoline engine rated at 249-horses that works in tandem with a single electric motor to drive the rear wheels. The total system output is 299-horsepower while the roadster model weighs less than 1,500kg (3,300 pounds). 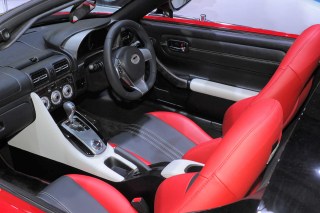