Volkswagen has released the first-ever crossroad version of its Passat mid-size model, named the Passat Alltrack. It will receive its world premiere at the Tokyo Motor Show on December 3 and will go on sale in early 2012.

A successful recipe is not meddled with so the (European) Passat Estate-based Alltrack has all the goods one expects in the segment: raised suspension height, stainless steel-look front and rear underbody protection panels and plastic covered wheel arches that house 18-inch alloys.
Ground clearance has been increased from 135mm to 165 mm. This has improved the ramp breakaway angle from 9.5 to 12.8 degrees, while the redesigned front and rear bumpers have increased approach and departure angles from 13.5 to 16 degrees and from 11.9 to 13.6 degrees respectively.
The 4Motion all-wheel drive system uses an electrohydraulic Haldex clutch. Under normal use, it sends 90% of the power to the front axle and just 10% to the rear, though when necessary almost 100% can be directed to the rear axle.
The Passat Alltrack also sports an off-road mode, which works at speeds up to 30 km/h (18 mph). When the driver switches it on through dashboard-mounted button, the system activates hill descent assist, which automatically brakes the vehicle when the descent angle is greater than 10 degrees, and also alters the function of the ABS and the electronic differential locks (EDS).
On DSG-equipped cars, it also increases the transmission’s change points to make the gas pedal easier to modulate, and it doesn’t upshift when in manual mode.
The Alltrack will be available with two turbocharged direct injection petrol engines delivering 160HP and 210HP, and two turbodiesels with 140 and 170HP.
The 170HP diesel and the 210HP gasoline engines will feature all-wheel drive and a dual-clutch DSG transmission as standard, while the 140HP diesel will be optionally available with all-wheel drive.
Volkswagen did not say if the Passat Alltrack will be offered in the States. 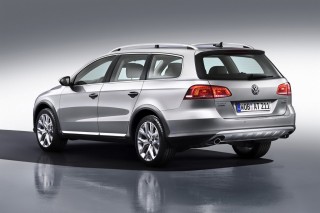 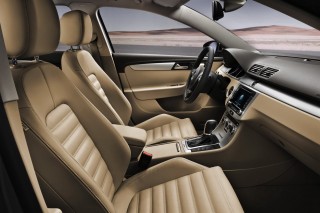 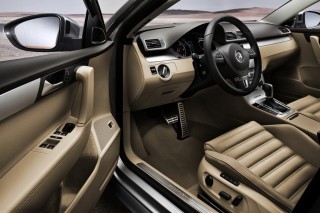 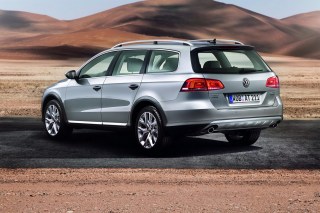 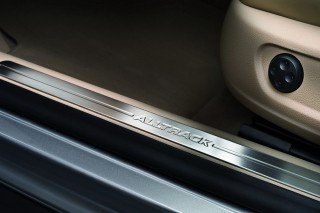