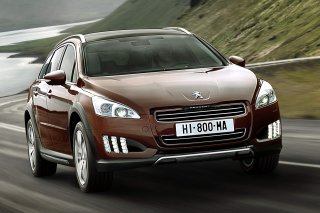 Based on the estate version of the 508, the RXH follows in the lines of the Audi Allroad and Volvo XC70 featuring a unique front end, flared wheel arches, and of course, higher-riding suspension along with 18-inch wheels and wider tracks.


Unlike other models of the sort, the 508 RXH adopts a new four-wheel-drive system that makes use of an electric motor similar to the one used in the 3008 and the HX1.


The Hybrid4 system comprises a 2.0-liter HDi FAP turbo diesel located up front and an electric motor mounted at the rear. Each motor drives its respective axle, providing four-wheel-drive capability and, at the same time, four modes: Automatic, Sport, 4WD or Zero Emissions when the electric motor is powering the car.


The 508 RXH will be available from spring 2012, one year after the debut of its 508 stable mate.
Peugeot will also display in Frankfurt a limited edition of the RXH that will be individually numbered and feature a Calern Brown exterior color and alcantara leather upholstery. It will be produced in only 300 units available to order this fall. 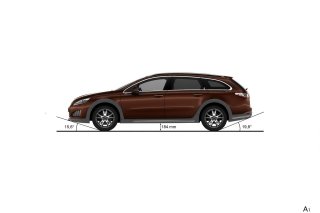 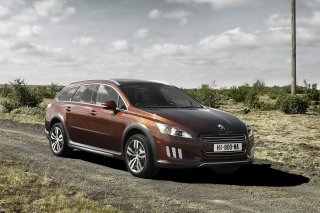